RheumaLin is the only natural anti-inflammatory that targets multiple key enzymes involved in inflammatory joint pain and preservation. Its unique blend of natural ingredients are gentle on the stomach and can be used in combination with most pain and anti-inflammatory medication. If you suffer from lower back, neck or joint pain you may benefit from RheumaLin.

RheumaLin, be kind to your spine! asd 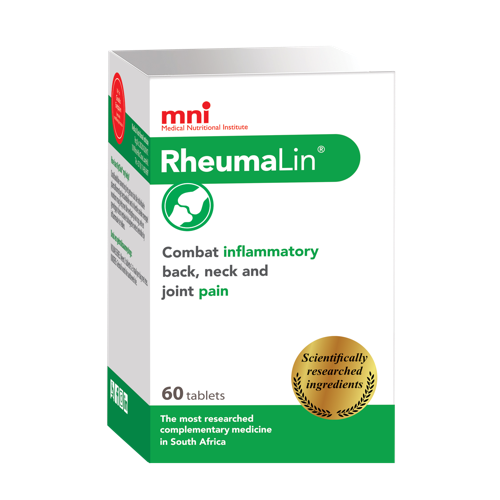