SkinVance + Zinc combats hormonal acne and the effects of insulin resistance on the skin.

SkinVance + Zinc has been designed to assist in optimising skin health by combatting the effects of insulin resistance, Polycystic Ovary Syndrome and hormonal change and imbalance on the skin. These include hormonal acne, skin hyperpigmentation and excess hair. 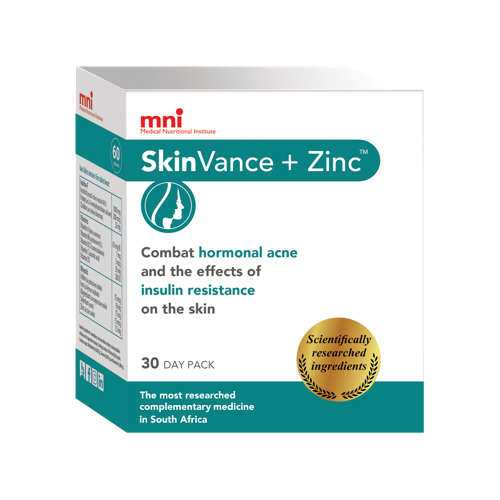